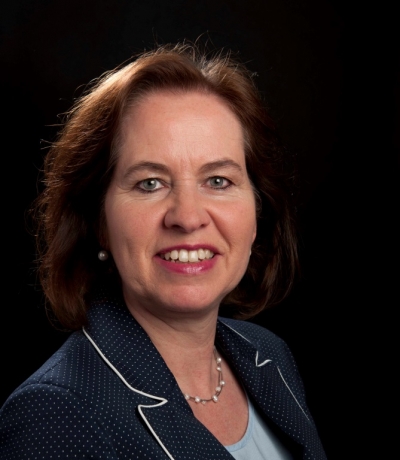 Prof. Isabel Arends is dean of the Faculty of Science since 1 July 2018. She has also been appointed as Professor of Sustainable Organic Chemistry. Previously, she was professor of Biocatalysis and Organic Chemistry and chair of the Biotechnology department at TU Delft, where she worked on new enzymes that can be used as catalysts for making chemical processes significantly more sustainable. She was among the first researchers to combine chemical and biocatalytic processes. Among other projects, Arends created a successful online course (MOOC) in industrial biotechnology, and she was vice-chair of the post-graduate school BiotechDelft. 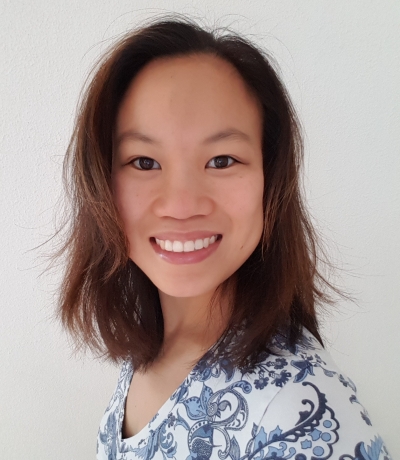 Kim Blankendaal is a PhD student in the Department of Science Education at Utrecht University. Her main research interests are on digital research skills, secondary education and the transition of these skills to an academic science study. She has developed the cross curricular learning trajectory Pre-Academisch Onderwijs (PAO) for pre-university education, in which students apply and acquire general academic skills, research skills and digital skills. Kim also teaches physics and chemistry at a secondary school. 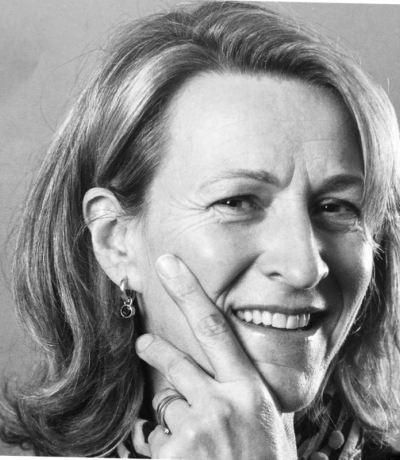 From industrial engineer to innovation consultant, from policy advisor to Sports Innovation Officer; for Merit Clocquet (ir. at TUDelft) are innovation, technology, human capital, hybrid teachers, entrepreneurship and the interaction within disciplines (like sports) recurring topics in her daily work. 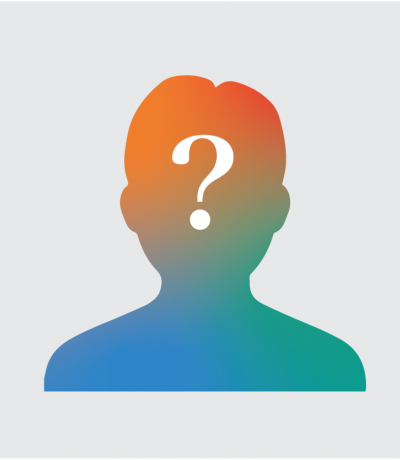 Jan-Yme works as a policy advisor for the Ministry of Education, Culture & Science, focusing on teacher policy in secondary education. A policy field that includes subjects such as teacher shortages, professional development, "samen opleiden en professionaliseren", and the formal qualification structure. Within teacher shortages he works specifically on STEM subjects, currently with particular attention for computer science shortages. 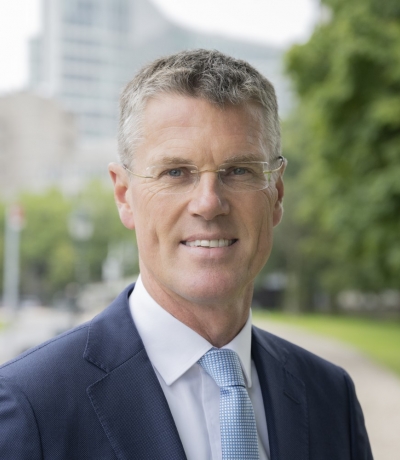 Drs. Pieter DuisenbergUniversities of the Netherlands

Pieter Duisenberg (b. 1967) has served as president of the Association of Universities of the Netherlands (UNL, formerly VSNU) since 2017. Between 1992 and 2012, Duisenberg spent 20 years in the private sector, working for Shell, McKinsey & Company and Eneco. In 2012, he was elected to the House of Representatives as a member of the VVD party with responsibility for the Higher Education and Science portfolio. He left parliament in 2017. During his time in The Hague, he also chaired the Parliamentary Standing Committee on Finance. In addition to managing his policy portfolio, Duisenberg spent most of his time in the House of Representatives campaigning for an increased awareness of budgeting, financial accountability and evidence in political debates, policy and legislation. 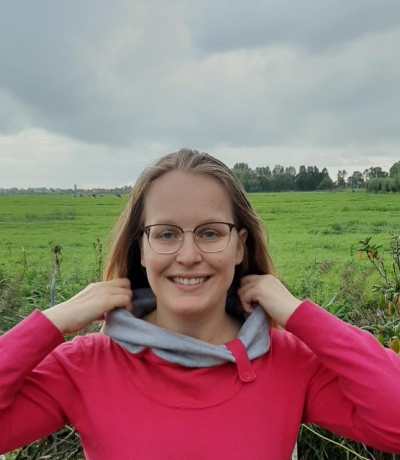 Marjolein Gelauff studied Bèta-Gamma in Amsterdam, and subsequently gained her Master's degree in Science Education & Communication at Utrecht University. She is the project lead of Utrecht University's "Student op School", an initiative in which bachelor and masters students get the chance to assist secondary education teachers and students. As such, they gain experience in the field of teaching, help counteract the present teacher shortage and get paid to cover their university tuition fee. 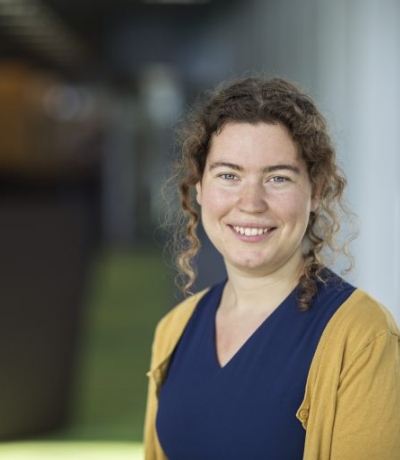 Dr. Marjolein Haagsman is Assistant Professor in Biology at Utrecht University, where she has also finished her PhD on innovative teaching methods, such as video lectures and pre-lab modules to prepare students for in-class discussions and practicals. 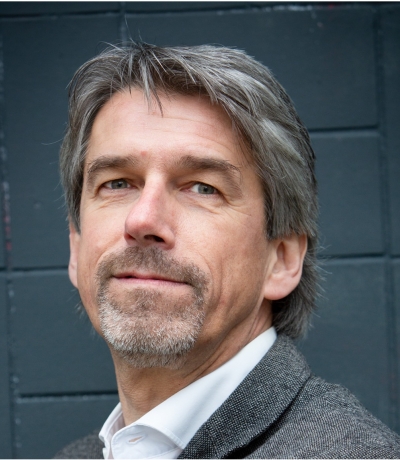 Dr. Machiel Keestra is philosopher at the Institute for Interdisciplinary Studies, Faculty of Science, and the Central Diversity Officer of the University of Amsterdam. In addition, he is researcher at the Institute for Logic, Language and Computation as well as member of the Amsterdam Brain and Cognition center. His most recent publication is the forthcoming ‘An Introduction to Interdisciplinary Research (2nd revised edition)’ (Keestra e.a., Amsterdam University Press 2022). Keestra also co-developed with Mercedes Zandwijken the Keti Koti Table, a ritualized and facilitated personal dialogue method for reflecting upon the abolition of slavery and its aftermath, like racism and discrimination. 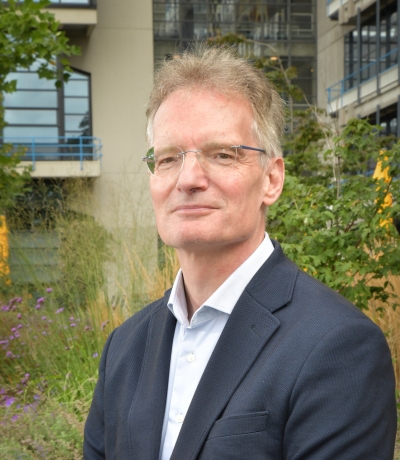 The research of Joost N. Kok is concentrated around the research themes Data Science and Artificial Intelligence with main application areas in Health, Sports & Movement, Biodiversity and Citizen Science.
He is currently serves as the dean of the faculty of Electrical Engineering, Mathematics, Computer Science of the University of Twente. He is also board member of the Netherlands e-Science Center and member of the External Scientific Advisory Board of the Netherlands Forensic Institute. 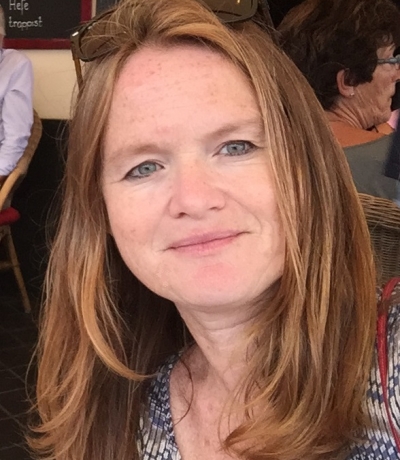 Margot Kok was one of the initiators of the first ICAB conference and is now head of the Education Policy Department of the Faculty of Science at Utrecht University. Margot is committed to promoting cooperation in the field of higher education. To accomplish this, she is secretary of the national Science Vice deans Education committee and she participates in the Capacity Spread project that was started from the Education Sector Plan 4TU. 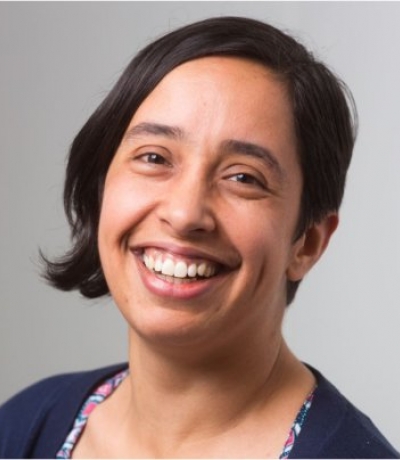 Dr. ir. Kim Krijtenburg-Lewerissa did a research PhD on the teaching of quantum mechanics (QM) at secondary schools. In this project she researched experts' opinions on the QM curriculum, secondary school students' difficulties after learning QM, and the influence of students' understanding of potential energy on their understanding of QM. Currently, Kim works as a physics teacher educator and researcher at the Freudenthal Institute. In her research Kim strives to gain more insight in students' learning of modern physics at the secondary school level in order to improve physics education.

Dr. ir. Ralph Meulenbroeks is an Associate professor of science education at Utrecht University, within the Freudenthal Institute of Mathematics and Science Education. He focuses on developing physics education and student motivation, with a special focus on the effects of online- and blended education on student motivation and well-being. Moreover, he is working on the issue of teacher shortages in the Netherlands, especially within the different STEM subjects. 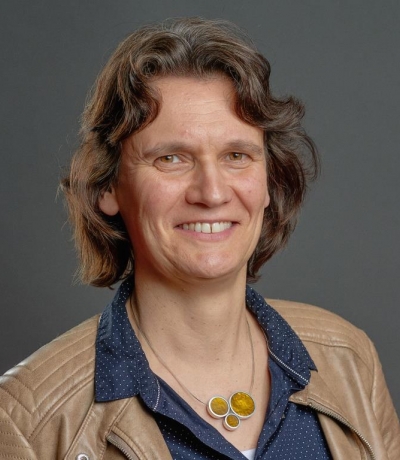 Berenice Michels works at Utrecht University as director of the U-Talent program, in which UU, HU University of Applied Sciences and 50 secondary schools in the region work together to strengthen and enrich education. Berenice has a background in meteorology and a teacher’s degree in physics. She taught physics at high schools and worked as a curriculum expert at SLO. Besides her expertise in curriculum development, teaching and process management, she works as an science expert for the international TIMSS assessments and is chair of the CvTE committee for the national physics exams on havo/vwo. Recently, she started a new function, as process manager for the revision of all Dutch science examination programs for secondary schools. 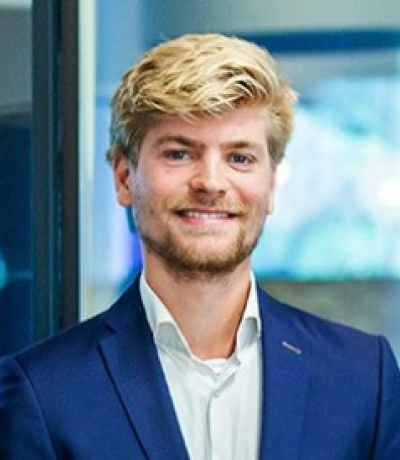 Friso Pieterse is one of the co-founders of Studenten Helpen Scholieren (SHS). After his master's degree in economic geography, he and Sander Bos founded the SHS platform during the corona pandemic. Since then it has gone very fast. SHS now helps various schools throughout the Netherlands. In his role at SHS, Friso deals with external relations and marketing and works together with many public parties 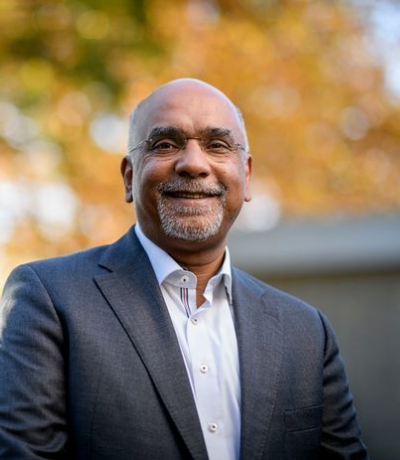 Vinod Subramaniam (1967) is UT’s President of the Executive Board, as of 1 September 2021. Earlier on, he was Rector Magnificus of the Vrije Universiteit Amsterdam, for a period of six years. From 2012 to 2013, he also was scientific director of UT’s MIRA Institute for Biomedical Technology and Technical Medicine that is today known as TechMed Centre. In his scientific work, he focused on finding causes for neurodegenerative diseases like Alzheimer and Parkinson. For this, he examined the behavior and ‘misfolding’ of proteins in the brain that may be associated with these diseases. 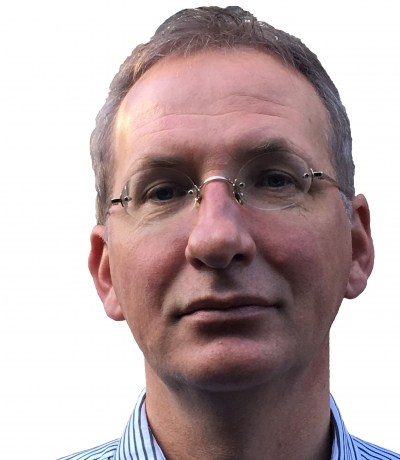 Frans van Dam teaches science communication and public engagement, and manages the Teaching & Learning Lab at Utrecht University. He initiated and co-authored the international text book 'Science communication, an introduction' (2020). Frans has had a career in science and technology in society, as consumer policy advisor at Consumentenbond and international consumer organizations, as head of communications at the Dutch Centre for Society and the Life Sciences and as manager of education at TU Delft. He co-founded the Public Communication of Science and Technology’s Teaching Forum, he is at the program committee of the Nationale Wetenschapsdag and is member of the selection committee for NWO-calls on science communication. 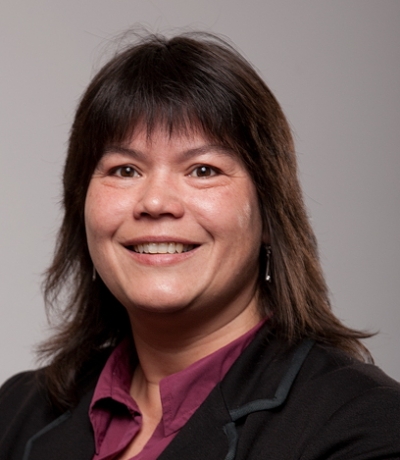 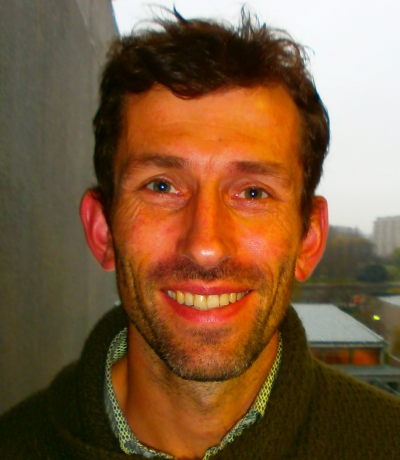 Prof. dr. Maarten Vansteenkiste, professor at Ghent University, focusses his research on motivation: Why are people doing what they are doing? Why would a student put effort in his school work? What moves a child to comply or defy the rules of his parents? Why does a patient decide to continue or quit therapy? Why is an unemployed person looking for a job? Why are we recycling and do we do something for the betterment of the environment? 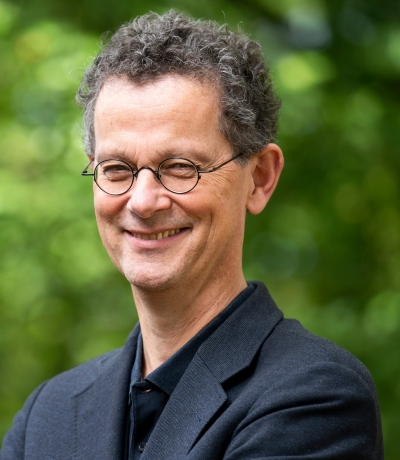 In his research and teaching, Jan van Tartwijk focuses on teacher-student communication processes in the classroom (in particular in multicultural classrooms), on learning and assessment in the workplace, on the association between assessment, motivation, and creativity, and on the development of teacher expertise and the contibution teacher education can make to the development of teacher expertise. Recently, he started research into differences between children's social and cultural environment within and outside the school and the effects of these differences on educational equity. 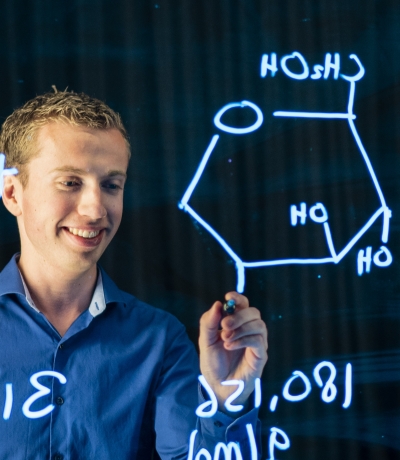 Maarten-Harm Verburg studied chemistry at Utrecht University and subsequently obtained his first-degree teaching certificate in the same field. Since August 2019, he has been working for Bètapartners (secondary-higher education network UvA/VU Noord-Holland & Flevoland) as project leader of Persoonlijke Assistent van de Leraar (PAL) and Profielwerkstuk.nl. Within both projects, he brings students and educators together for better education. 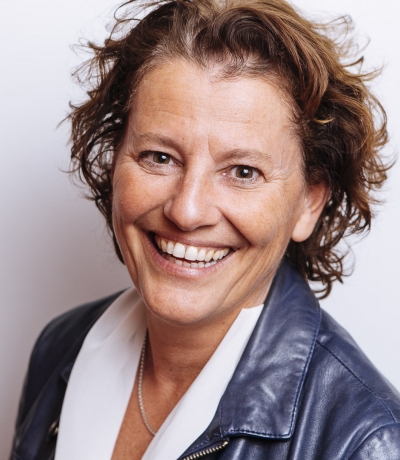 Drs. Suzanne von der Dunk is experienced in the field of education; from senior HR consultant to Director of Education at Randstad. Besides consulting various boards of directors on the need of strategic HRM for onboarding and good employership, her focus is on finding solutions for the shortage of qualified teachers. She was part of the committee of the KNAW (position paper on graduate teachers) and involved in creating the program ‘Bank for classroom’ and the masterclass ‘Zin in lesgeven’, focussed on the recruitment of hybrid technical teachers together with Windesheim university of applied sciences. 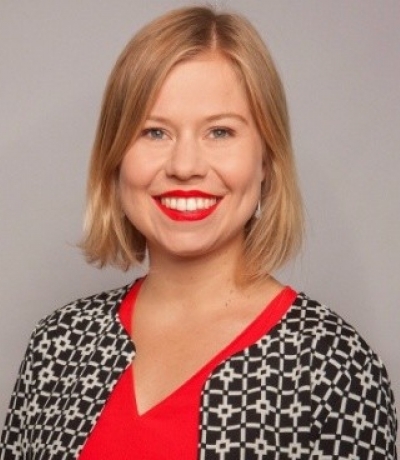 Laura Wieseman works as a project manager/policy advisor for Universities of the Netherlands (UNL) and for the Interuniversity Committee for Teacher Training (ICL: Interuniversitaire Commissie Lerarenopleidingen). In that role, she – together with her colleagues and by working intensively with other national and regional organisations - contributes to reducing the teacher shortage, amongst others through the UNL-VH-OCW-agreement Bestuursakkoord Flexibilisering Lerarenopleidingen. Before working for UNL-ICL, Laura worked at the Teacher Trainer Institute at the Radboud University (as amongst others internship coordinator and coordinator education).